Connecting Past & Present to Inspire “Greatness” in the Classroom 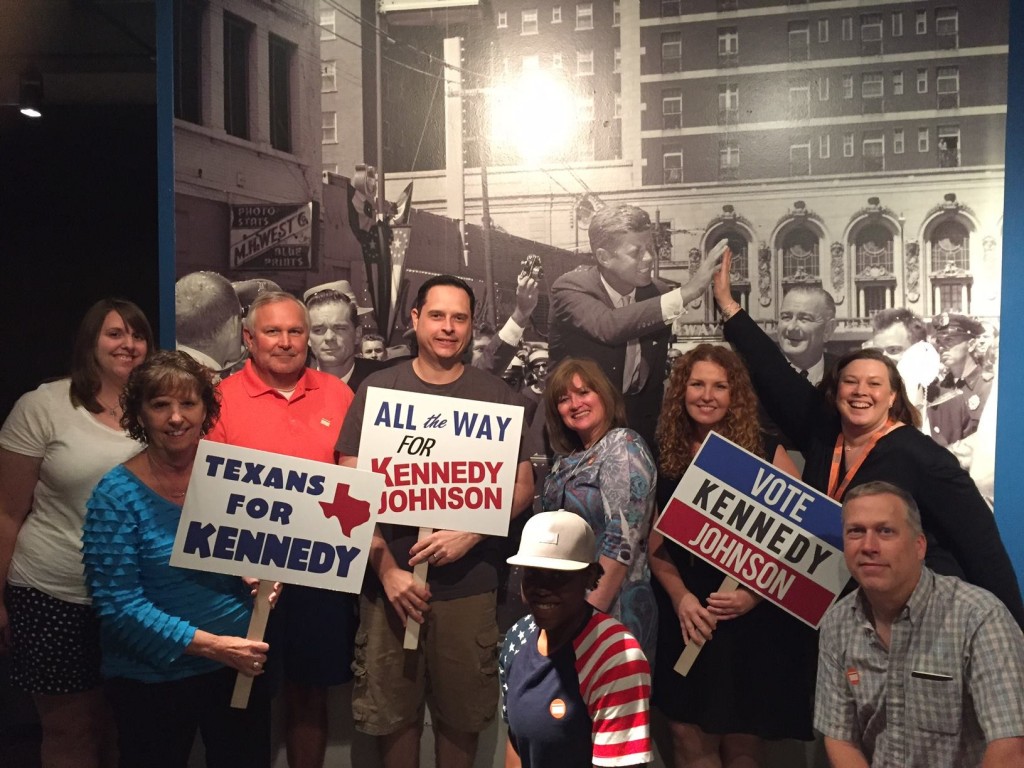 If you thought teachers took the whole summer off, you’d be wrong. A group of educators spent an afternoon at the Museum last week at the first teacher workshop for our new exhibit, A Time For Greatness: The 1960 Kennedy Campaign.

This workshop is just one of many teacher workshops and education programs offered by the Museum throughout the year to help educators teach their students about this critical time in history.

“Our goal with teacher workshops is really to show educators and their students how they can learn something new outside the four walls of the classroom,” said Ani.

“I think Kennedy’s legacy is something all generations need to know about. The lessons we can learn from him go on and on,” said Julie Hershenberg, a Government and Political Science instructor at Collin College and original member of the Museum’s Teacher Advisory Committee.

“Today we’re discussing this phenomenal exhibit about the 1960 election and it’s just perfect with students asking lots of questions about this year’s election. I think it’s important they see how Kennedy handled his election and see the issues that are still prevalent today.”

The teachers participated in a Q&A with Museum curator Stephen Fagin, who discussed the particular historic significance of the 1960 election, which is often considered the first modern day presidential campaign. It is noted for being the first election to feature televised debates, something Kennedy used to great success.

“I thought the media emphasis from 1960, especially the importance of TV, is definitely is applicable to my lessons,” said David Crocker, who teaches US History & Psychology at Juan Seguin High School in Arlington. “I also thought it was important to see how Kennedy’s campaign targeted all different groups, like the ad in the exhibit where Jackie [Kennedy] was speaking Spanish. You can definitely see how that reflects to elections today.”

Teachers also sampled TEKS-aligned education programs being offered in conjunction with the exhibit and toured the exhibit to see artifacts, photographs and video from the 1960 election for themselves.

“It’s important we find these connections in history and compare them to what’s happening now,” said David. “Being able to relate the 1960 election to what’s going on with Hillary and Trump help the kids see that oh, this isn’t something new. These issues have come up before and we’re still debating them, all these years later.”

To some teachers, there were more tangible benefits to seeing the new exhibit.

“I took pictures from the exhibit that I’m going to put into my own lessons for the fall semester,” said Julie. “And I loved the mock campaign headquarters. Obviously I took a selfie.”

The next A Time For Greatness teacher workshop is July 19. Visit JFK.org/ATimeForGreatness to see more exhibit exclusive educational programming.