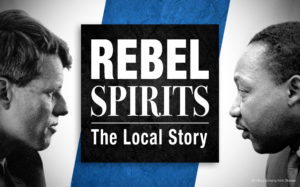 The assassinations of Martin Luther King Jr. and Robert F. Kennedy impacted millions around the globe, bookending for many a five-year period of violence and social unrest that began with the tragic death of President John F. Kennedy on November 22, 1963. Although Martin Luther King Jr. and Robert Kennedy are not often associated with the Dallas/Fort Worth area, which remains so intrinsically linked to the assassination of President Kennedy after nearly fifty-five years, the lives—and deaths—of these extraordinary leaders touched the local community in unique and profound ways.

Robert Kennedy never came to North Texas after his brother’s tragic death in 1963. However, while serving as counsel to the Senate Labor Rackets Investigating Committee in 1959, Robert Kennedy spoke in Dallas at a conference of the Texas Junior Bar Association. It was his only known visit to the city.

In 1959, Dr. King visited Fort Worth and spoke to a crowd of 400 at the Majestic Theater. King’s only speech in Fort Worth was one block away from where President Kennedy would deliver his last speech at the Hotel Texas four years later. Speaking invitations brought Dr. King to Dallas four times between June 1957 and September 1966. His earliest visit, before a crowd of more than 10,000, took place at Memorial Auditorium—the same venue where Senator John F. Kennedy would speak to local supporters three years later during the 1960 presidential campaign. Dr. King also spoke at the Texas State Fair Music Hall and at Southern Methodist University, where he concluded his remarks to a standing-room-only audience by quoting the same spiritual he cited during the March on Washington: “Free at last. Free at last. Thank God Almighty we are free at last.”

Following their assassinations in 1968, both Martin Luther King Jr. and Robert Kennedy were mourned by the local community in large and small ways. Three days after King was assassinated, an interfaith memorial service was held in his memory at the Peoples Baptist Church in Dallas on April 7, 1968. Attended by thousands, the program featured many of the same speakers who had paid tribute to President Kennedy in 1963, including Mayor J. Erik Jonsson, Rabbi Levi Olan and Reverend Louis Saunders, who had performed Lee Harvey Oswald’s funeral services in Fort Worth. Prior to this official interfaith service, a group of approximately 300 marched around El Centro College in downtown Dallas in memory of Dr. King.

In Fort Worth, a wave of emotional shock and sorrow spurred concerned civic leaders to create a committee for coordinating city agencies in a unified effort to address race relations. Memorial observances were held at Texas Christian University where 300 students and faculty eulogized Dr. King and established a scholarship for an African American student in his honor. On Palm Sunday, April 7, approximately 2,000 gathered for a citywide memorial service held in the Daniel-Meyer Coliseum at TCU.

Reporting from Memphis, where Dr. King was assassinated, United Press International reporter Louis Cassels briefly turned his thoughts toward Dallas, noting that the Memphis community was experiencing firsthand how Dallas felt following the death of President Kennedy. Acknowledging that “it could happen anywhere,” Cassels wrote that “it takes just one hate-filled man with a rifle to plunge a nation into tragedy and a city into shame—as Dallas learned before Memphis.”

Cassels was prophetic in the idea that violence could happen anywhere, as the assassination of Robert Kennedy in Los Angeles sadly proved just two months later, on June 5, 1968. Upon news of Robert Kennedy’s death, officials in Fort Worth set up a memorial fund to provide an avenue “for those who wanted to express their faith in the ideals of Kennedy.” In Dallas, Kennedy was memorialized at an interfaith service similar to that of Dr. King, as hundreds gathered at St. Matthew’s Episcopal Cathedral to pay their respects. Elsewhere in the community, the local chapter of sorority Theta Nu Sigma turned their scheduled Citizenship Award Banquet into a tribute to the late senator by specifically honoring African American activists. Jewel Williams, president of the organization, spoke for many in Dallas when she noted that “real mourning is a vital expression that moves people forward and pushes them into the challenges with which they live.” 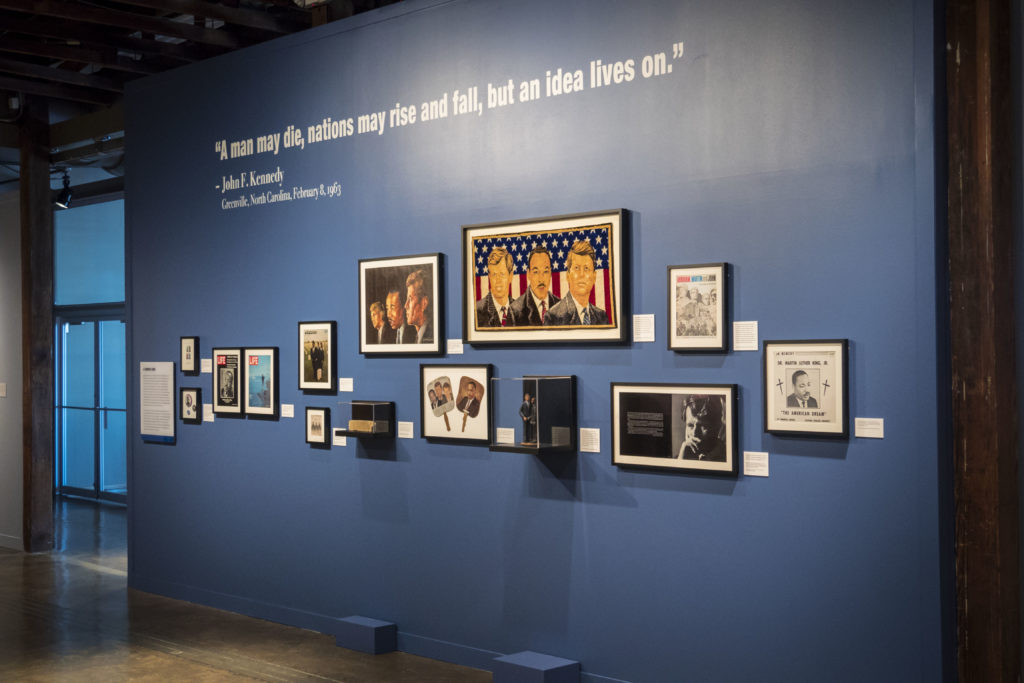 These artifacts are on display as part of Rebel Spirits: Robert F. Kennedy and Martin Luther King Jr., a special temporary exhibit on the Museum’s seventh floor. Copies of the news clippings referenced above are also available for viewing at the Rebel Spirits exhibit. On view through September 3, 2018, Rebel Spirits is included with Museum general admission.