Overlooking Dealey Plaza, the Reading Room is a place for researchers to access the Museum’s vast collection of films, photographs, artifacts, and oral history recordings.

When routine coverage of President Kennedy’s visit to Dallas suddenly evolved into reporting a worldwide tragedy, KRLD reporters assumed the duty of reassuring a shocked nation. The authors share their behind-the-scene perspectives as reporters during this watershed moment in broadcast journalism.

In this documentary, for the first time in 50 years, Ruth Paine visits the home in which she welcomed Marina Oswald. She recalls her friendship with Marina, Lee Harvey Oswald’s suspicious behavior, the Oswalds’ tumultuous marriage, the murder weapon hidden in her garage, and her memories of one of the greatest tragedies of the 20th century.

Mrs. Paine’s Garage and the Murder of John F. Kennedy by Thomas Mallon. 2002.

Ruth Hyde Paine, a Quaker housewife in suburban Dallas, offered shelter and assistance to a young man named Lee Harvey Oswald and his Russian wife, Marina. For nine months in 1963, Mrs. Paine was so deeply involved in the Oswalds’ lives that she eventually became one of the Warren Commission’s most important witnesses.

This compilation of Lee Harvey Oswald’s words gives insight into why he might have killed President Kennedy. Oswald’s diary, letters, job applications, papers, and books provide many avenues for exploration into his psyche.

Lee: A Portrait of Lee Harvey Oswald by His Brother by Robert Oswald. 1967.

An intimate and personal biography of Lee Harvey Oswald by his older brother. Robert Oswald describes their childhood, the years prior to and the aftermath of the assassination of President John F. Kennedy.

The Kennedy Dream: A Musical Tribute to John F. Kennedy by Oliver Nelson. 2009.

In February of 1967, Oliver Nelson recognized Kennedy’s contributions and assembled a big band to play music in his honor, with taped segments of his speeches as preludes. The music ranges from soulful to jazz, to bop, and the modern big-band sound, reflective of the changing times. 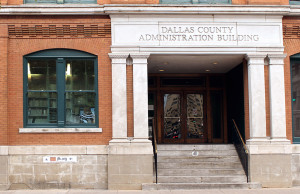 The Reading Room is located on the first floor of the former Texas School Book Depository building.

Donating to the Reading Room

Our aim is to provide the definitive collection of resources related to the assassination with the objective of serving a wide variety of research, teaching and learning needs. We welcome donations to help build this diverse collection. If you have materials that you believe would enhance these research collections, please contact us at readingroom@jfk.org

Prospective donors are encouraged to send a list of items before bringing them to the Reading Room. Due to space constraints we are unable to accept all materials offered to us.