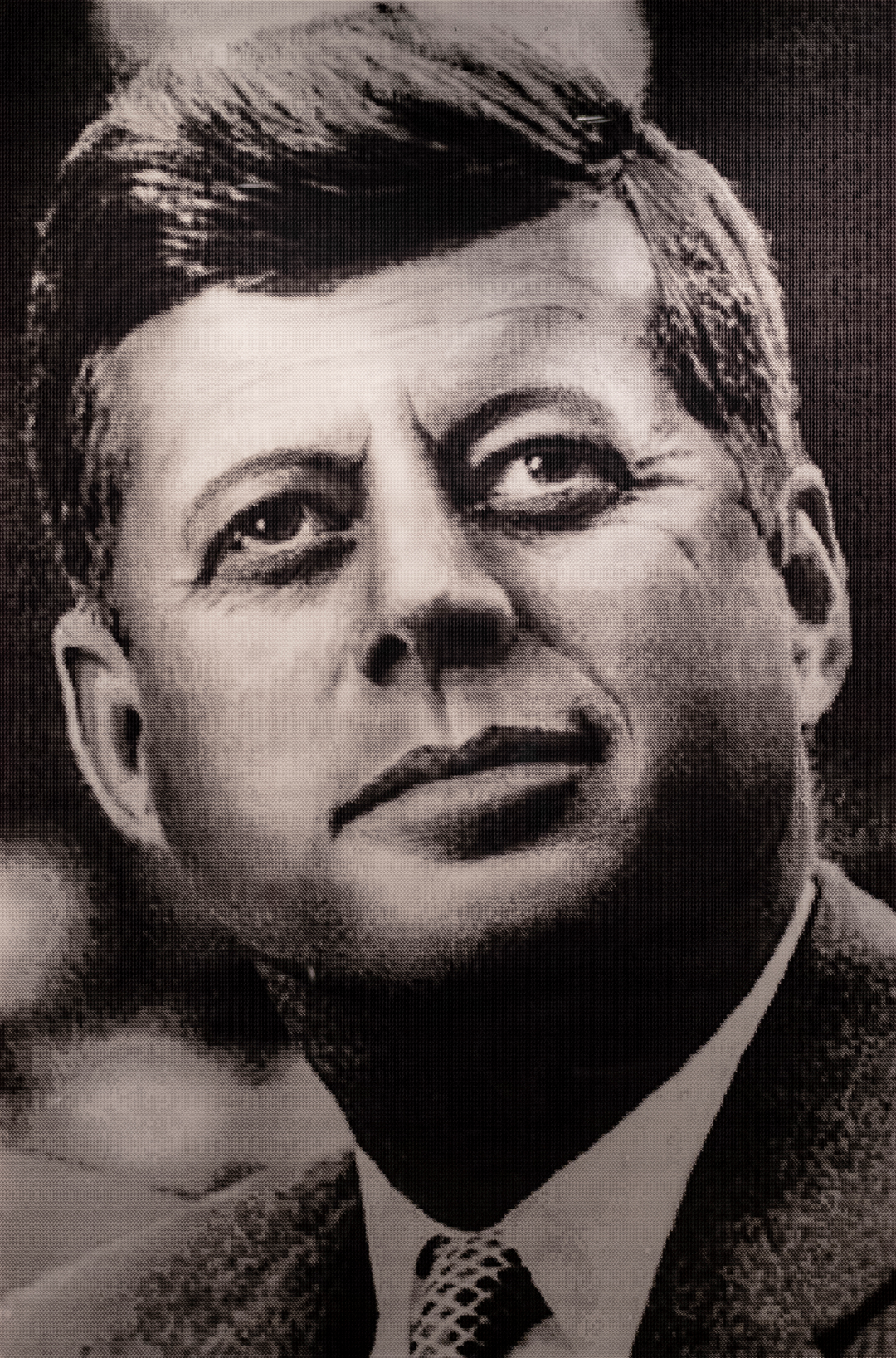 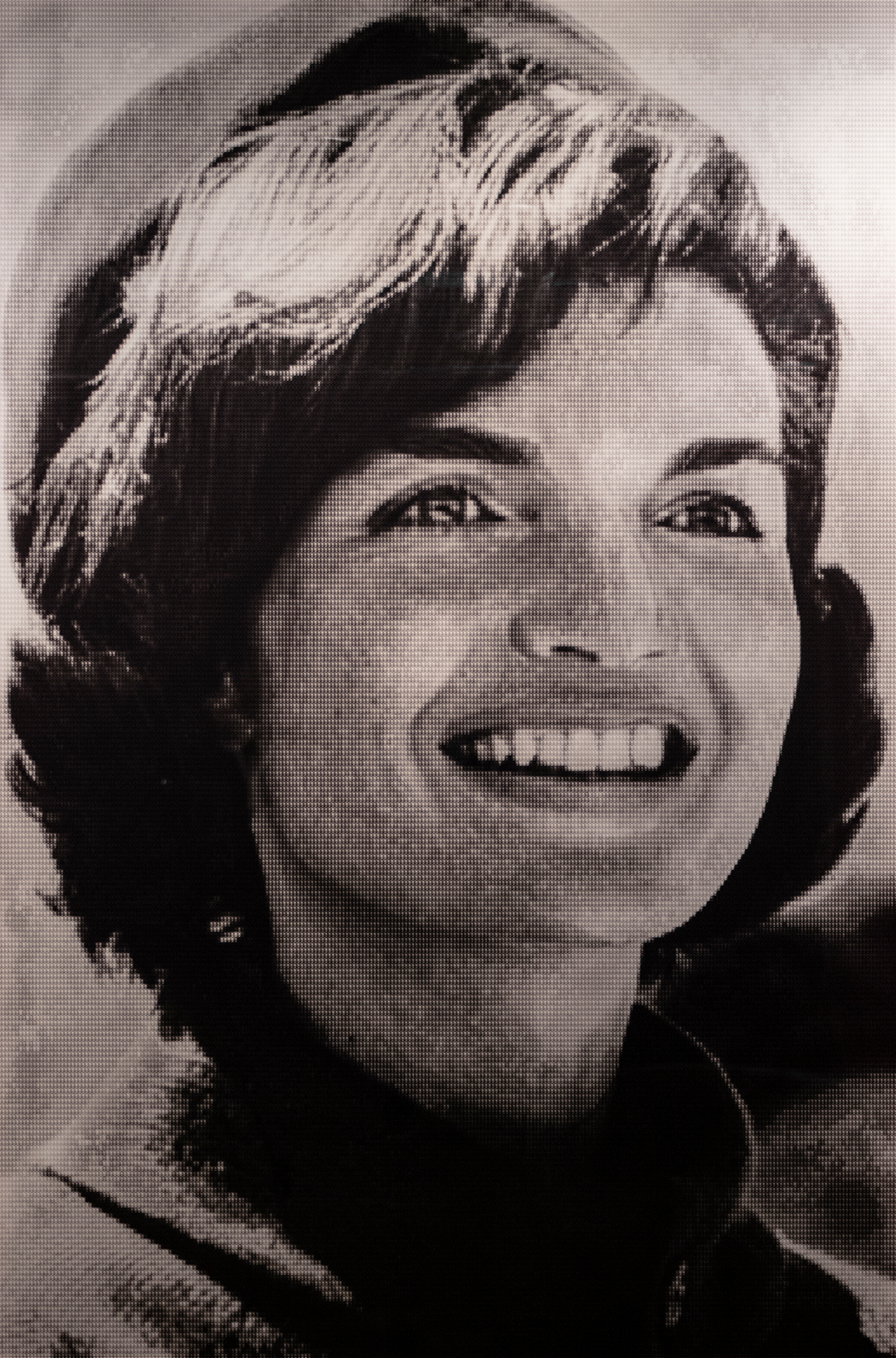 At first glance, the images appear to be single, oversized black and white portraits of John F. Kennedy and his wife, Jacqueline Bouvier Kennedy. Upon closer examination, the magic of artist Alex Guefeng Cao is revealed as thousands and thousands of smaller images that make up each portrait become visible. Cao, a New York-based artist known for his large-scale portraits of famous figures, donated the two 9×6′ portraits of President and Mrs. Kennedy to the Museum. Called photomosaics, each pixel within the portrait is a much smaller picture of another figure – someone important to or associated with the main figure. The portrait of President Kennedy, titled JFK vs. Jackie, 2010, is made up of 50,000 smaller portraits of Jacqueline Kennedy. Jackie vs JFK II, 2010 likewise creates Mrs. Kennedy through 50,000 tiny portraits of her husband.

Cao says the titles of the pieces don’t imply that the subjects are adversaries, but rather indicate a relationship. In the artist’s words, the pixels and the portrait within one piece speak to each other, using the biography of one person to create a dialogue with the historic background of another. Both photomosaics contain intriguing surprises, as well. The portrait of President Kennedy includes five pixels of different images among the 50,000, representing important figures and dates in the President’s life. Mrs. Kennedy’s portrait has three different images, also representing important figures and dates in her life.

Alex Guofeng Cao
Born in China and educated in the United States, Cao started his career in commercial photography. His current work is influenced by a longtime interest in history, as well as the pop art movement. His works use some of the most recognizable faces of the 20th century such as Abraham Lincoln, Andy Warhol, Marilyn Monroe and Gandhi.

A limited version of our previous special exhibition, Art Reframes History, is now available as an online gallery in English and Spanish. Art Reframes History (September 9, 2020 – May 9, 2021) presented works of art from the Museum’s collections that were inspired by the life and legacy of President Kennedy. 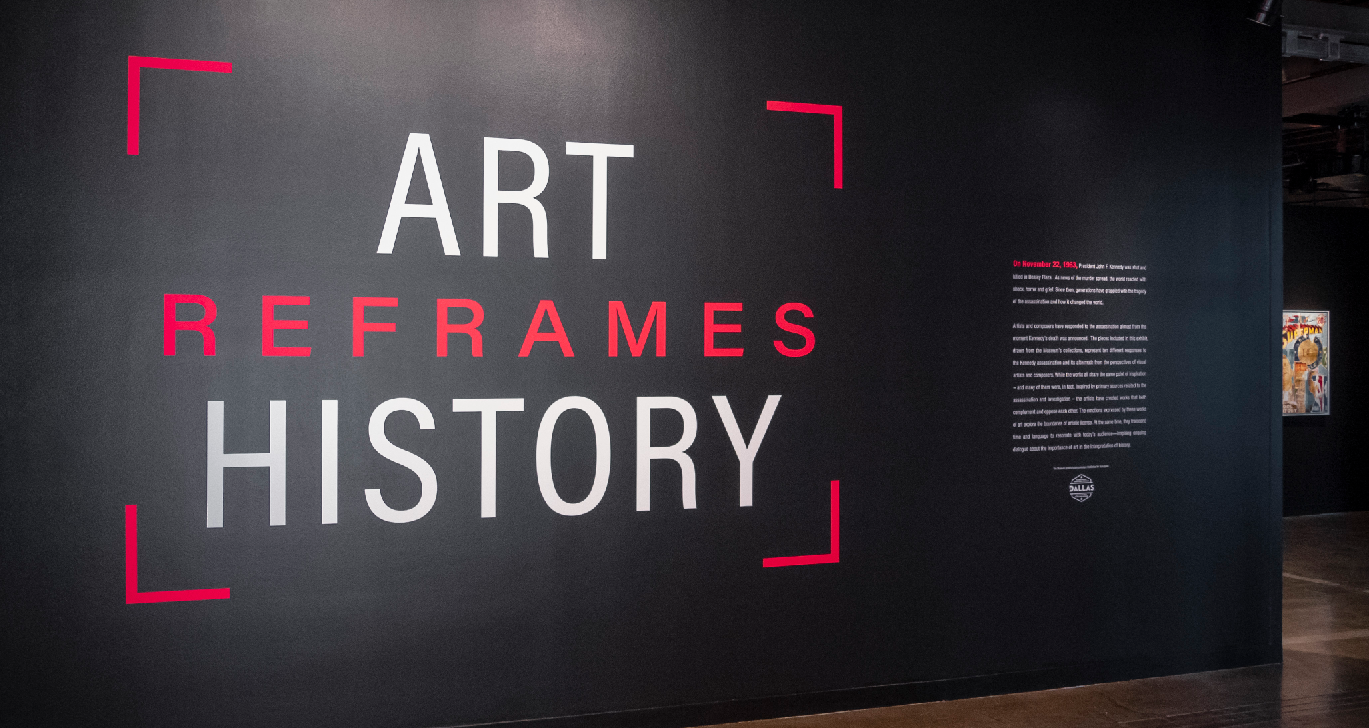